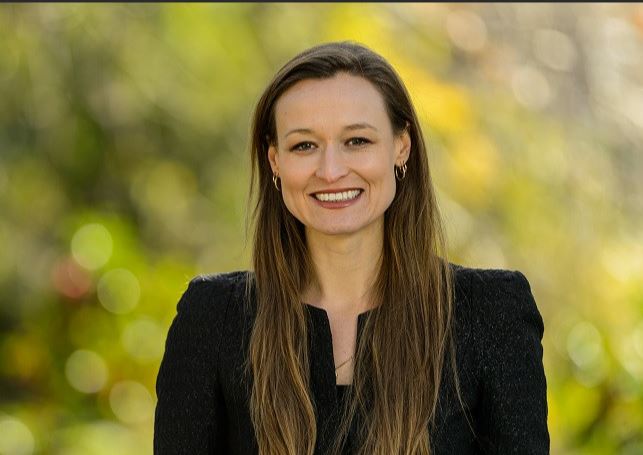 Biography
Dr Elise Klein (OAM) is a Senior Lecturer of Public Policy at the Crawford School, ANU. Dr Klein has a Dphil in International Development from the University of Oxford and held a Post-Doctoral Fellowship at the Centre for Aboriginal Economic Policy Research (CAEPR) at the Australian National University. Her research interests include the rise of therapeutic cultures in policies, neoliberal subjectivities, economic rights, and decoloniality. Her two books include Developing Minds: Psychology, Neoliberalism, Power (Routledge), and Reading Amartya Sen’s Inequality Re-examined Study Book, (Mouseion/ Routledge).
Dr Klein has also two co-edited collections;   Postdevelopment in Practice: Alternatives, Economies, Ontologies (Routledge) with Carlos Eduardo Morreo, and Implementing a Basic Income in Australia: Pathways Forward (Palgrave) with Jen Mays and Tim Dunlop.Dr Klein has held various roles including working on the UN Secretary General’s High-Level Panel on Women’s Economic Development and the Human Rights Committee within the United Nations General Assembly. She was awarded the Medal of the Order of Australia (OAM) in 2019.

The Cashless Debit Card causes social and economic harm – so why trial it  again?
The federal government’s Cashless Debit Card trials in the East Kimberley and Ceduna were recently extended.In the space of a day, the government not only released the limited evaluation of the trial, but used this to justify its extension. The extension is puzzling given that the trial has led to further economic and social harm.

Background to the card

The card compulsorily quarantines 80% of a person’s welfare benefits. It restricts purchases, with the aim of promoting “socially responsible behaviour”. Its trial was legislated with bipartisan support in 2015. This followed mining magnate Andrew Forrest’s recommendations for the expansion of income management.But in 2014, a government-commissioned evaluation of income management in the Northern Territory provided conclusive evidence that the compulsory income management regime did not make a significant difference. It fell well short of meeting the trial’s objectives – despite the A$410.5 million spent.The government quickly put rhetorical distance between the renamed Cashless Debit Card and the failed compulsory income management. It simply claimed that the card was not income management. While now some non-Indigenous people are on the Cashless Debit Card, the reality is that both trial sites have a high proportion of Indigenous people. Thus, it is invariably racially targeted.

The Cashless Debit Card evaluation claims the trial has led to changes in the community. But its methodology is questionable, and the authors are unable to separate their findings from other programs operating in the trial sites, such as the Takeaway Alcohol Management System in the East Kimberley.Nonetheless, government ministers Alan Tudge and Christian Porter have run with the evaluation’s dubious conclusion that it found “proof of concept” – that is, evidence the card works. This is despite their own evaluation finding that 49% of participants said it had made their lives worse and, on average, one in five participants reported that their children were worse off. It is astonishing that the government is proceeding with another trial given these findings. Successive governments have been eager to use concern for children in particular as a pretext for heavy-handed intervention in Indigenous communities.The evaluation of the card in the East Kimberley also shows limited understanding of its negative economic and social impacts on vulnerable populations

The card’s logic is based on a distorted perception that alcohol, drug use and gambling are the primary causes of poverty.Interestingly, the evaluation shows that most people on the card – and their families – did not gamble and did not report consuming illegal drugs or alcohol in excess. Despite demeaning rhetoric in reports to government suggesting that welfare poverty is a choice not to seek employment, the Kimberley Development Commission has shown the key cause of unemployment in the East Kimberley is the absence of formal jobs. This situation has deteriorated since the government abolished the Community Development Employment Program. The government’s response was to launch a remote work-for-the-dole scheme, the Community Development Program. It claims to prepare people for work that is simply not there. So, not only are people in the East Kimberley subjected to quarantining of their welfare payments, they must also endure work for the dole with extreme punitive measures. This has led to breaches at a level 33 times higher than for the non-remote and mainly non-Indigenous jobactive program. Breaching has led to welfare payments being withheld from already struggling families.The link between the card and the scheme is not examined in the evaluation. However, it warrants investigation. Despite having to contend with material poverty, the trial has exacerbated economic insecurity for poor families. It limits the cash they have to pay for informal renting arrangements, second-hand goods, cash purchases of locally grown produce, and pocket money for children.And when the card was introduced, many struggled to use it. The user manual was filled with technical jargon, and the mobile app was inappropriate. This is shown by the high rate of transaction errors recorded by Indue, the company contracted to roll out the card.

The evaluation is silent on how socially disempowering the trial has been for many.
The government failed to consult, let alone obtain freely given, prior and informed consent from the broad community. Instead, it engaged only a select group of like-minded individuals and their organisations to roll out the card to their communities. Despite this, many of those who agreed to host the trial in the East Kimberley did so for the $1.5 million sweetener for badly needed services.
The clear opposition to the card expressed at public meetings, strikes and petitions has been dismissed and ignored. People on the card are subjected to a community panel – the amount quarantined can be reduced only after being scrutinised by fellow community members.Some argued that the card would be important to curb gender-based violence. However, there are reports that domestic violence has actually increased since the card was introduced. Crime has also increased, yet the government and its evaluation have overlooked such inconvenience in claiming “proof of concept”.Politicians and officials have deployed the card to tackle the supposed bad behaviour of vulnerable populations. Yet a deeper review of it suggests it is the government and its poorly conceived, ideologically driven policy that needs scrutinising. Perhaps the forthcoming Senate inquiry into the Community Development Program will be a good place to start.The author would like to thank Professor Jon Altman and Sarouche Razi for comments on earlier drafts